Note: Only 30 Characters Per Line

SonicWall delivers Boundless Cybersecurity for the hyper-distributed era in a work reality where everyone is remote, mobile, and unsecure. SonicWall safeguards organizations mobilizing for their new business normal with seamless protection that stops the most evasive cyberattacks across boundless exposure points and increasingly remote, mobile, and cloud-enabled workforces. By knowing the unknown, providing real-time visibility and enabling breakthrough economics, SonicWall closes the cybersecurity business gap for enterprises, governments and small- to mid-sized businesses worldwide.

As of August 10, 2021, SonicWall is celebrating its 30th anniversary as a cybersecurity industry leader.

SonicWall was founded in 1991 by brothers Sreekanth and Sudhakar Ravi as Sonic Systems, and begin as a provider of networking solutions for Apple computers. They began by producing Ethernet cards and multi-protocol remote access servers.

In 1997, Sonic Systems released their first security appliance for small- to mid-sized businesses. It was initially named Interpol, but soon rebranded as SonicWALL.  Two years later, the entire company followed suit, and Sonic Systems became SonicWALL.
From that point on, SonicWall focused in on providing organisations of all sizes with firewall technology that is as affordable as it is effective.  The company’s product timeline has moved at pace with the speed of technology developments.  In 2002, SonicWall shipped its 250,000th unit; by 2010, the company had shipped over a million units — and by 2019, over 3 million.

During this time, the company also began patenting new technologies, and now holds over 325 patents.  SonicWall has introduced many innovations to the cybersecurity market, including Real-Time Deep Memory Inspection (RTDMI) technology, Capture Cloud Platform and Capture Security Center, and, most recently, its Boundless Cybersecurity vision and Sonicwall Generation 7 operating systems.
In 2016, SonicWALL rebranded to the SonicWall we know and love today.  With roots planted firmly in the small- to mid-sized business market, the company’s growing customer bas covers a vast range of industries, including education, healthcare, retail, infrastructure, federal government, state and local government, and more. 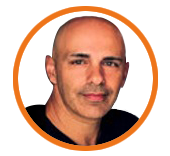 Regional Director / Country Manager Jeff Marshall
Jeff brings 25+ years extensive experience to his role, alongside a clear and focused vision, with trust and integrity at the core. He is a dynamic business leader, who drives strategy, innovation, compliance, audit, equality, & empowerment. 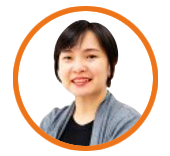 Install Base Sales Specialist Sher Lin Hor
Sher Lin is an optimistic and enthusiastic sales professional with 20+ years of experience in logistics and IT. She is skilled at developing the right action plan for each of her client's unique needs and committed to helping them choose the best products. 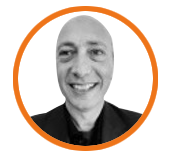 Channel Account Manager Emanuel Nikolas
Emanuel has 7+ years of experience in project management in the technology sector. He is detail oriented, and is proactively working with his partner base to deliver increased value, be highly responsive, and grow their revenue as their leading cyber security channel partner manager. 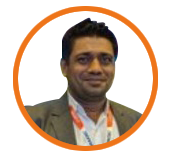 Pre-Sales Engineer Anurag Som
Anurag brings 17 years of experience in Information Security. He is a Certified Information System Security Professional (CISSP), (CISM), and holds an MS in Cyber Security. He enjoys using his skills to contribute to the exciting technological advances that happen every day at SonicWall. 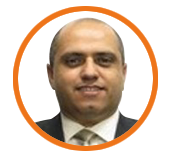 Channel Account Manager Tony Saliba
Tony brings a wealth of experience, with 20+ years in the Telecommunications, IT and Technology industry, ranging from engineering to product management and pre-sales consultancy. His technical experience serves him well in delivering real cyber security expertise and market knowledge. 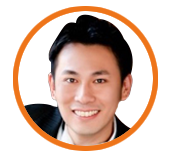 Pre-Sales Engineer Tony Taur
Tony brings solid experience, with 10+ years in Cyber Security as a Presales / Security Architect. He is specialised in Managed Security Services, threat monitoring / hunting, vulnerability management, and network security solutions, and has a proven record of positive feedback about collaboration from clients and  internal teams alike.
Senior Install Base Sales Specialist Nidhi Dalmia
Nidhi brings strong experience as an Install Base Team Manger. She is dedicated and result-driven, with 8+ years experience in customer engagement and as a sales professional. She is highly focused and committed to delivering exceptional results for the team.

Read SonicWall’s 2021 Cyber Threat Report, and discover how to navigate the dangers of the new business reality.
Learn more about the biggest cybersecurity hazards currently in the education sector, and SonicWall’s solutions for protecting schools’, teachers’, and students’ data.

Some text in the Modal..

Are you sure you want to change region?

You will be logged out if you change region.